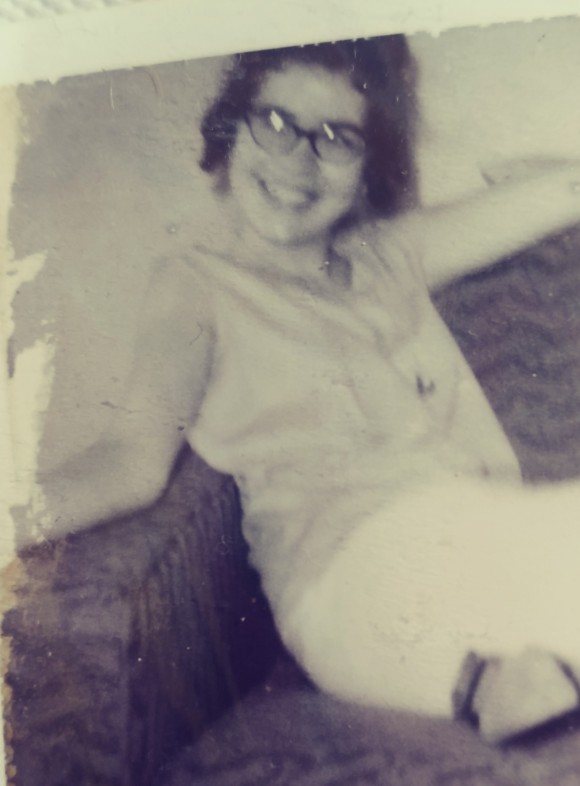 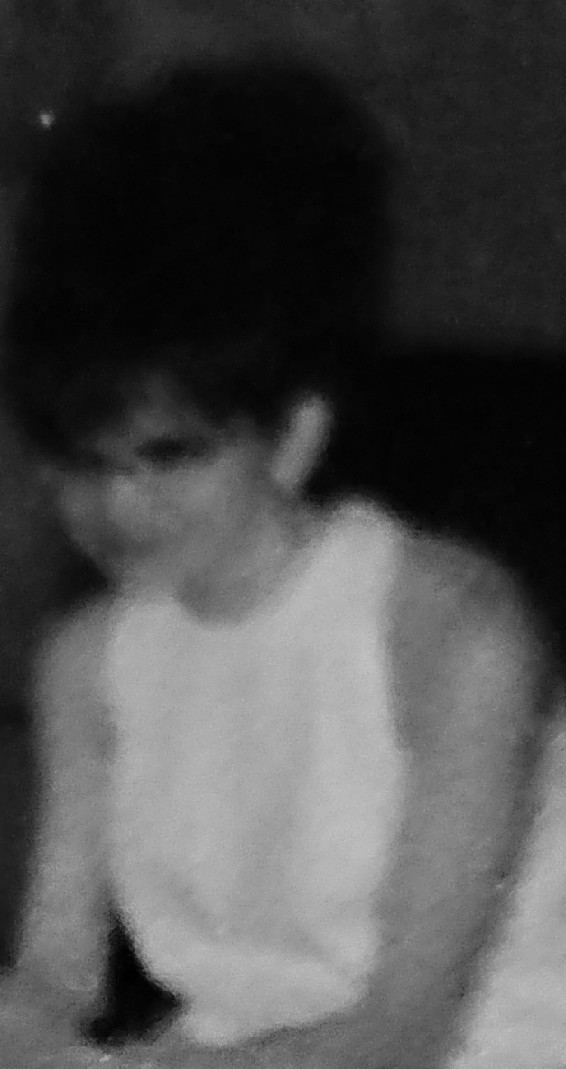 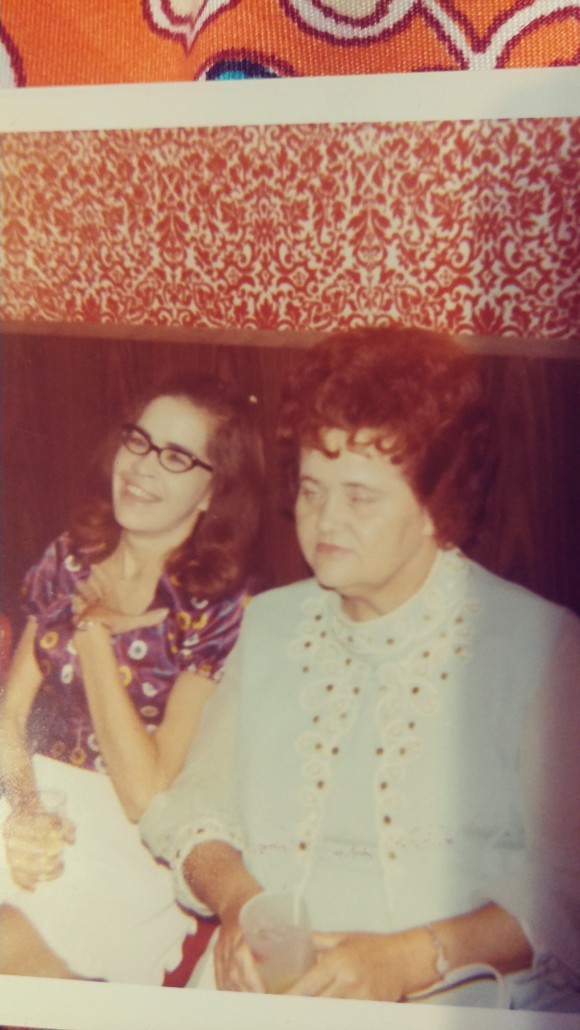 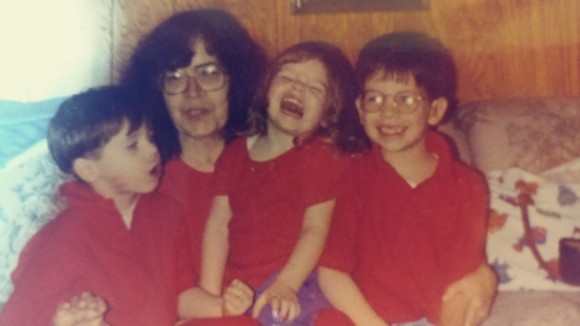 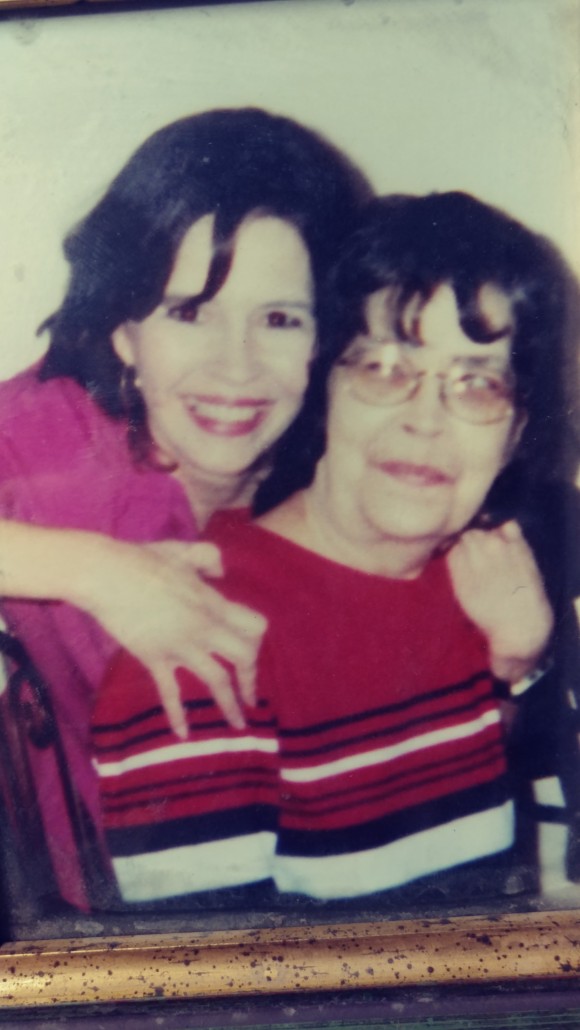 It’s been 15 years now and one thing I vividly remember about that day was how I drove with all my kids,praying that she would still be alive when we got there.

My Mema had called my 11 year old daughter and told her that my mom had died but she told her not to tell me.

Mema was afraid that I wouldn’t be able to make the 28 mile drive safely if I knew so she asked Kateley to just tell me to hurry and come because the time was very close.

I cried and prayed,asking God to let her stay alive long enough for me to say “goodbye” as I drove, while my daughter knew that it was too late.

When I pulled into the driveway, and saw the faces of my aunt and uncle, I knew in my heart of hearts that I was too late.

I went into her room and the reality hit me so hard. She was gone.

My cousin, Jeff, took me aside and said, “Jeanna’, it’s 2-3-4, your mom chose to go on this day, the numbers will be easy to remember. She picked this day to go. It’ll be okay.”

I think I hit him. I’m not for sure, but I do remember placing my hands on his shoulders as he hugged me and held me tight.

That was the day she died but the days she lived are the ones I really remember.

My mom fought Non-Hodgkin’s lymphoma with all she had for over eight years.

I had never thought of my mom as brave, strong or courageous until cancer came barging inside,unwelcomed and uninvited,and made her that way.

She was a survivor of a traumatic marriage that lasted only long enough to conceive me, her only child, and to break her spirit into a million tiny shards.

Those tiny shards took a long,long time to gather up, piece by piece,and put back together.

I didn’t realize it back when I was a child but my mom turned to baking to help her cope with her anxiety-her “nerves” as we all called it.

The mixing of ingredients one by one, the beating of eggs and butter, of sugar,flour and oil, to create something that could be seen, smelled and tasted bought her a sense of purpose and calm.

She had so many recipes memorized and if seemed as if she went on automatic pilot once she had the kitchen all to herself.

Baking gave her more than just a purpose and peace, it gave her recognization for something good, it was her “can” in a life filled with “can’t” and she loved it.

But sometimes baking was chaotic and stressful in a house with family running in and out and others wanting the oven, and all tarnation would break loose.

That is until I begin having children of my own.

These “babies” as my mom always called them were the special ingredient in the batter of my mom’s life.

Gregory, Chase, Kateley and Hunter were the light for my mom shining love all over her. She was an extraordinary MeMe; spoiling them rotten with presents for every occasion and any reason at all. She created gift boxes for St Patrick’s day, Valentine day, Easter and so on. She lavished them with attention, read books and played games and told them so many stories.

The kids in return gave her more than love; they gave her the strength, the courage and the sheer will power to tolerate endless rounds of chemotherapy and radiation. Every time she went in for treatment,she would say, “This is for my babies…I’m doing this for my babies.”

She did it, again and again…going into remission and battling back because that’s what she had to live for.

They received so much from her and,in return, they gave her exactly what her spirit had longed for and needed to become whole again for all those years.

My mom, who had claimed the kitchen with a fierce tenacity when she was in the mood- which was often-to bake, turned out to be astoundingly fierce in the battle against cancer.

In the midst of all the treatment, she would still go into the kitchen and pull out the mixer, line up all the ingredients and begin doing what naturally bought her purpose and peace.

She was a magician with a tried-and-true method for doing everything just so. She wiped down the)l tables with a wet rag and laid wax paper on the damp table so it would stick.

That was where she liked to lay the cookies,piping hot from the oven. She would have lines of cookies from end to end, the tantalizing aroma of sugar,vanilla and cinnamon filling the house and tempting everyone to try to sneak a cookie-or two, or three-when she wasn’t looking.

She was known for her chocolate cake with the thick glazed frosting that was was poured over the cake almost as soon as it came out of the oven and giving it the consistency of melted fudge and the taste of heaven.

Her cake was requested at every family function and was known simply as “Carolyn’s cake” or “Meme’s cake.”

All the things she made had one thing in common- one special ingredient….

Now, that was 15 years ago….and I think often of how much I am like my mom in so many ways.

I write cards and remember her distinctive, curly handwriting. I spoil my grandchildren rotten with gifts for every occasion and no reason at all.

And, just like my mom did, when I’m stressed out and feel overwhelmed, I pull out her recipes , wipe down the kitchen table, spread out wax paper and bake cookies with special ingredients.

For my mom- I love you upside down!😊

I'm a woman that is absolutely in love with life....I'm doing what I love to do-as a massage therapist,a writer,a seeker of all that touches my soul and lifts my body.
I find great pleasure in the midst of chaos, in time with nature and kindred spirits.
I love the wisdom and clarity of Paulo Coelho, the music that makes me dance, and being present with the person I'm with.
I write to fulfill my soul and, hopefully, to touch others.